The Apollo Chorus of Chicago

A Compilation of 120+ Passionate Voices

The Apollo Chorus of Chicago is the area's premier volunteer chorus. Its over 120 auditioned members include men and women of all ages, races, creeds, and occupations brought together by their abiding love of music. The voices of college students blend seamlessly with the voices of retirees who have belonged to Apollo for over fifty years. The singers' dedication, artistry, and passion produce performances of unrivaled majesty. 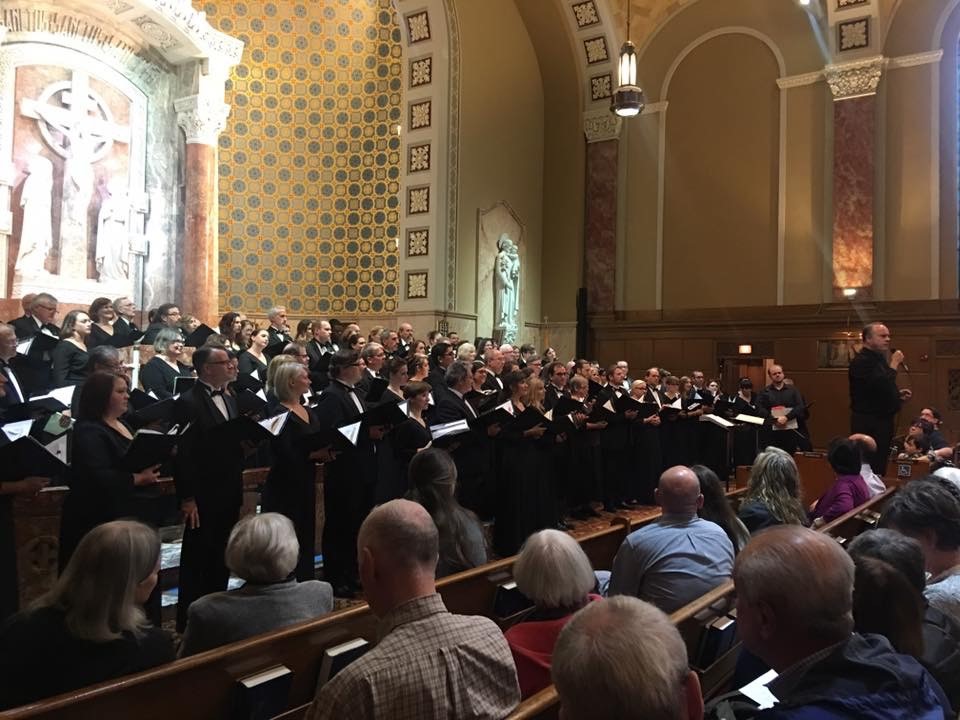 Apollo performs the masterworks of the choral repertoire in concert halls and cathedrals all over the Chicagoland area. Recently the Chorus has performed Mendelssohn's Elijah, Bach's Mass in b minor, Orff's Carmina Burana, and Mozart's Requiem. Apollo's annual performances of Handel's complete Messiah have become a beloved holiday tradition for Chicago families. Apollo embraces new masterpieces too and has featured contemporary composers Eric Whitacre, Eleanor Daley, and Stephen Paulus in its repertoire. Annual Spring Concerts showcase the Chorus's range spanning from spirituals to sambas, Baroque to the Blues.

In addition to its own season, Apollo has frequently been invited to perform in music festivals and concert series with top orchestras and conductors around the Midwest, including the Ravinia Festival with the Chicago Symphony Orchestra and the Peninsula Music Festival in Door County.

Apollo has also been featured in Star Wars In Concert, performed with Jackie Evancho and Josh Groban, and appeared on Oprah's 2 part finale, Oprah's Surprise Spectacular.

The Apollo Chorus of Chicago has a matchless heritage. Founded in 1872, it is one of the oldest volunteer choral societies in the United States and the oldest musical organization in Chicago. Apollo has produced theChicago Messiah every December since 1879. And it has ushered in each new era of Chicago’s rich musical history, with performances inaugurating every major musical venue in the City.

The Chorus was founded in the aftermath of the Great Chicago Fire, in an effort to restore civic pride and boost the morale of Chicagoans following incredible devastation. Prior to the Fire, the City had boasted many neighborhood and ethno-centric choruses, but, along with much of the City, their rehearsal halls and music collections were destroyed. From its very beginning, therefore, Apollo was meant to be an organization that brought singers from diverse communities in Chicago together into one ensemble that would carry on beloved traditions and create new ones. Since 1872 the Chorus has continued to be a welcoming community of singers who are drawn together by their mutual love of music and their dedication to the cultural life of Chicago.

The Apollo Chorus of Chicago is a distinguished musical organization that performs preeminent choral works at premier venues.

As a volunteer community chorus bound together since 1872 by a shared love of choral music, Apollo continually strives to advance musically and to increase appreciation of choral music by presenting concerts and educational programs for diverse communities throughout Chicagoland.

Donate to Our Continued Performances ›