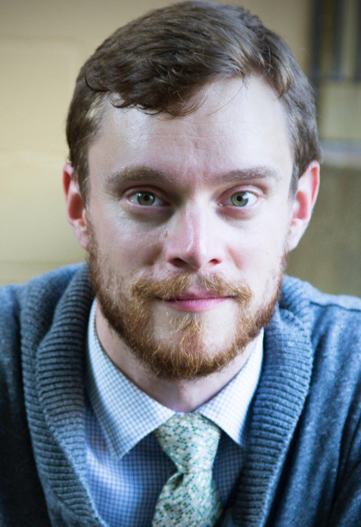 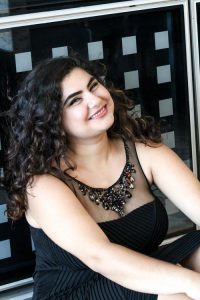 Described by The Boston Musical Intelligencer as having a "warm-toned and confident instrument…radiant demeanor, sure footedness and a light touch", Iranian-American soprano Bahareh Poureslami enjoys a burgeoning career across the opera stage and concert platform.

A keen advocate of contemporary music, recent highlights include the role of Mary in a critically acclaimed recording of Stephen Chatman’s Magnificat, and performing Esa-Pekka Salonen’s Five Images After Sappho at the 2016 Tanglewood Music Festival.

Bahareh is a graduate from the University of British Columbia, and most recently recieved her Master’s in Voice and Opera at Northwestern University’s Bienen School of Music. She has taken part in masterclasses at the Franz-Schubert-Institut in Austria, SongFest, the Toronto Summer Music Festival Art of Song Program and the Tangelwood Music Center, working with Dawn Upshaw, Elly Ameling, Helmut Deutsch and Sanford Sylvan, amongst others. 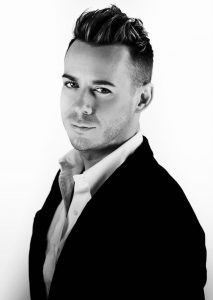 Ryan Belongie recently made his debuts with Lyric Opera of Chicago as the Mago in RINALDO conducted by Harry Bicket and Canadian Opera Company as Athamas in SEMELE. He returned to Canadian Opera Company to cover Lychas in HERCULES and to San Francisco Opera to cover Armindo in PARTENOPE as well as debuting at Festival Napa Valley in the new opera ANGEL HEART alongside Frederica Von Stade. Recent and upcoming operatic engagements include Ottone in L’INCORONAZIONE DI POPPEA at Boston Baroque, FAIRY QUEEN with Chicago Opera Theater and Long Beach Opera, Ottone in AGRIPPINA with West Edge Opera, Pirro in LA CIRCE with Ars Minerva in San Francisco, and soloist in the Hart Institute for Women Conductors concert at The Dallas Opera. Recent and upcoming concert engagements include CARMINA BURANA with Alabama Symphony, San Diego Symphony, and Utah Symphony, MESSIAH with Lexington Philharmonic, QUICKENING with the Grant Park Orchestra and Chorus, a Midwest tour of ST. JOHN PASSION with the Leipzig Baroque Orchestra, a return to Music of the Baroque for DETTINGEN TE DEUM conducted by Jane Glover, a return to the International Music Foundation of Chicago sing-a-long MESSIAH, and Haydn’s LORD NELSON MASS and Mozart's REQUIEM with the St. Cecilia Orchestra.

Past engagements include CARMINA BURANA with St. Louis Symphony, MESSIAH with Alabama Symphony, Kansas City Symphony, and Seattle Symphony, ST. MATTHEW PASSION with Utah Festival Opera and Grand Rapids Symphony, CHICHESTER PSALMS and BACH CANTATA 170 - VERGNÜGTE RUH with the Grant Park Orchestra and Chorus at the Pritzker Pavilion in Millenium Park, Ottone in L’INCORONAZIONE DI POPPEA at West Edge Opera, Katte for the Metropolitan Opera's workshop of THE SORROWS OF FREDERICK by Scott Wheeler, and B MINOR MASS with the American Festival Chorus at Utah State University and Bach Institute at Valparaiso University.

Earlier career highlights include Oberon in A MIDSUMMER NIGHT’S DREAM with Wolf Trap Opera, Didymus in THEODORAwith Opera Bergen, Norway, Arsamene in XERXES with both San Francisco Opera (cover) and with Alan Curtis at West Edge Opera, Lychas (cover) in HERCULES with Lyric Opera of Chicago, Gesualdo’s RESPONSORIA with Il Complesso Barocco in Santiago de Compostela, Spain, Bernstein's Missa Brevis with the Grant Park Music Festival, Purcell’s ODE TO ST. CECILIA, Spirit in DIDO AND AENEAS, and soloist in THE FAIRY QUEEN with Jane Glover at Music of the Baroque, and soloist with Alonzo King's LINES Ballet in Lyon, France. Mr. Belongie has been heard on Chicago’s classical music station WFMT in numerous performances with Music of the Baroque in addition to a solo recital on the network’s series, “Live from WFMT,” and has appeared on PBS across the United States in A Renaissance Christmas.

Mr. Belongie is a graduate of the prestigious Merola Opera Program (2009) and Adler Fellowship (2010, 2011) at San Francisco Opera. In addition to being a two-time winner of the Metropolitan Opera National Council Auditions Central Region and national semi-finalist (2009, 2010), he was the first place winner of the Igor Gorin Memorial Award (2012), the recipient of a career grant from the Metropolitan Opera (2013), a Shouse Career Grant (2010), two Richard F. Gold Career Grants (2009, 2010) from the Shoshana Foundation, and the Lola Fletcher Award from the American Opera Society of Chicago (2009). Mr. Belongie is a graduate of the Vocal Honors Program at Northwestern University. 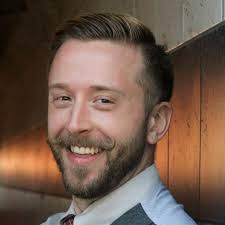 Ryan Townsend Strand, tenor, is a Minnesota native whose "beautiful vocalism" (San Francisco Chronicle) and "...attractive nimble tenor” (Chicago Classical Review) have afforded him a budding career as a concert and oratorio soloist. Strand is a graduate of Northwestern University where he received his Master of Music degree in Voice & Opera. Highlights of the 2019-2020 season include returning to the Madison Bach Musicians as a soloist for its holiday baroque concerts in December, performing music of William & Henry Lawes with Early Music at the Barn and Valparaiso University in February, and performances of the St. John Passion with Elmhurst Symphony and the St. Matthew Passion with Bach Vespers in March.

A passionate performer of Bach, Strand sang the Evangelist in the St. Matthew Passion with the Calyx Ensemble in Evanston, a highlight of his spring. He also made his debut last season with the Bach Cantata Vespers Series at Grace Lutheran with whom he will perform again this season. Most recently, he debuted as Endymion in Bach’s secular Hunt Cantata under the baton of Nicholas Kramer with Music of the Baroque.

Strand has sung with the Grammy award-winning contemporary vocal ensemble The Crossing in Philadelphia under the direction of Donald Nally. Locally, he performs with the Chicago Symphony Chorus, Music of the Baroque, Chicago Choral Artists, Chicago Bach Project, and the Grant Park Festival Chorus. He is a founding member and executive director of Constellation Men’s Ensemble in Chicago. 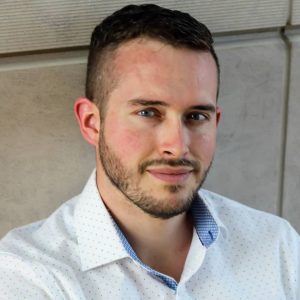 Kyle Jensen has performed various solos around the Chicago area, including Northwestern’s production of Faurè’s Requiem, a featured soloist with Baroque Music Ensemble, and a soloist in North Shore Choral Society’s 2018-2019 season concert “Leonard Bernstein’s 100th Birthday”. Among his various opera roles, Jensen has performed Leporello in Mozart’s Don Giovanni, Father Trulove and the cover for Nick Shadow in Stravinsky’s The Rake’s Progress, Coppelius and Dr. Miracle in Les contes d’Hoffmann, and Colline in La bohême. Jensen has also recently debuted the title role in Mozart’s Le nozze di Figaro in Novafeltria, Italy. Jensen was a finalist in Idaho/Montana district for Metropolitan Opera National Council auditions in 2016, and received an encouragement award in the year previous. Hailing from the small town of Bear River City in Utah, Jensen received his master’s degree from Northwestern University under W. Stephen Smith, and his undergraduate degree at Brigham Young University-Idaho under tutelage of Kristine Ciesinski. He is grateful for his loving wife Sarah and his five-year-old daughter Lillian in supporting him in his career as a performer.