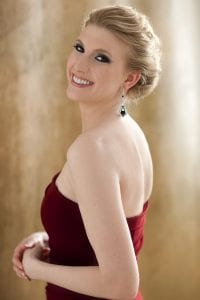 Ms. Majeski returns to sing with the Apollo Chorus of Chicago for the first time since 2015.

Majeski’s season commences with her debut with the Nürnberger Symphoniker bringing her Straussian expertise to his “Vier letzte Lieder” conducted by Kahchun Wong. She then returns to Lyric Opera of Chicago, the company that launched her international career, for her house role debut as Donna Elvira in Don Giovanni, followed by her debut with the New York Philharmonic as a soprano soloist in Mozart’s Mass in C minor under the direction of Jaap van Zweden. She will also perform Hugo Wolf’s Italienisches Liederbuch at the 92nd Street Y, alongside bass-baritone Philippe Sly and pianist Julius Drake. Her season continues with a debut with Teatro dell’Opera di Roma, as the title role in Janáček’s Káťa Kabanová. The season closes with her reprisal as Marta in Weinberg’s The Passenger at Teatro Real Madrid for its Spanish premiere—a role she debuted at Lyric Opera of Chicago for which the Chicago Tribune hailed her as “radiant” and “immensely touching” adding that “she has done nothing finer.”

Highlights from her previous season include rave reviews for her Royal Opera House Káťa Kabanová, “If there is a more compelling solo performance on the operatic stage this year than Amanda Majeski’s in the title role of Janacek’s opera, I will need a new stock of superlatives. I unhesitatingly say that you are unlikely to encounter a Katya more profoundly acted than by the American soprano, nor more strikingly sung.” (The Times) Her 2018-19 season also included her concert debuts with the Sydney Symphony, Colorado Symphony, Music of the Baroque, and her debut at Staatsoper Stuttgart as the title role in Iphigénie en Tauride was praised as “Amanda Majeski in the title role has a voluminous, clean-sounding and beautiful soprano. She is the ideal person for this role” (Kultura Extra), as well as a return to Santa Fe Opera as Fiordiligi in Così fan tutte in a new production under conductor Harry Bicket and director R. B. Schlather.

Ms. Majeski holds degrees from the Curtis Institute of Music and Northwestern University. She was a member of San Francisco Opera’s Merola Program, the Gerdine Young Artist Program at Opera Theatre of St. Louis, and the Steans Institute at Ravinia. Awards include the George London Foundation Award, first prize of the Palm Beach Opera Vocal Competition, and a Sara Tucker Study Grant from the Richard Tucker Foundation. 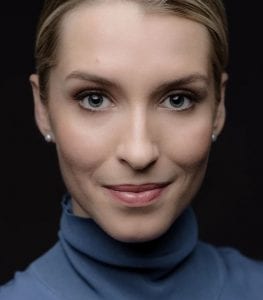 Kayleigh Decker, praised for her "dulcet-toned" mezzo-soprano by the Wall Street Journal, is currently an ensemble member of The Patrick G. and Shirley W. Ryan Opera Center​ at The Lyric Opera of Chicago. She is a 2019 recipient of the Musician's Club of Women Lynne Cooper Harvey award, the Luminarts Foundation Fellowship, and the Sara Tucker Study Grant from the Richard Tucker Foundation.

This past season at Lyric, Ms. Decker made her debut as Cretan Woman # 2 in Idomeneo, a production in which she also covered Idamante. She was later seen as Dorothée and covered Le Prince Charmant in Laurant Pelly's celebrated production of Cendrillon. In January 2019, Ms. Decker participated in the inaugural SongStudio at Carnegie Hall, under the auspices of Renée Fleming. She also returned to Cincinnati, where she graduated with her masters from the University of Cincinnati College-Conservatory of Music, to perform in a recital with the Cincinnati Song Initiative.

The 2017-2018 season included two title role debuts for Ms. Decker; La Cenerentola with Queen City Opera, and Ariodante with CCM Opera. In the spring of 2018, Ms. Decker was also a Schwab Vocal Rising Star with Caramoor and the New York Festival of Song performing From Lute songs to the Beatles, a carefully curated English art song recital by Steven Blier.

During her time in Cincinnati, Ms. Decker sang the Fox in The Cunning Little Vixen, Le Prince Charmant in Cendrillon, and Idamante in Idomeneo all with CCM Opera. In addition, she sang the role of Peggy in Opera Fusion’s workshop of Shalimar the Clown, and the Fox in Cincinnati Chamber Opera's production of Rachel Portman's The Little Prince. In Oberlin Opera Theatre productions, she was seen as Mutter in Hänsel und Gretel, Prince Orlofsky in Die Fledermaus, and Mrs. Herring in Albert Herring. In February of 2015, she was honored by the opportunity to create the role of Sarah in the world premiere of Carlota by Paul Davies at the Mexican Heritage Center in San Jose.

Ms. Decker graduated from the Oberlin Conservatory of Music in 2015, where she studied with Professors of Singing Timothy LeFebvre and Marlene Rosen. She graduated as a recipient of the Faustina Hurlbutt Prize, the Louis and Marguerite Bloomberg Greenwood Prize, and was inducted into the National Music Honor Society, Pi Kappa Lambda. 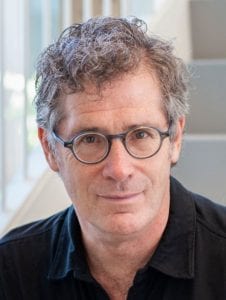 The tenor’s operatic credits include leading roles in The Rake’s Progress, Acis and Galatea, Il ritorno d’Ulisse in patria, L’Ormindo (Cavalli), and Euridice (Peri). His numerous performances at the Boston Early Music Festival include Matthison’s Boris Goudenow and Monteverdi’s L’Orfeo. Mr. Hite created the leading roles in The Garden of Martyrs and The Scarlet Professor, both new opera by Eric Sawyer. He has also performed in world premieres by Theodore Antoniou, Ellen Ruehr, Lew Spratlan, Scott Wheeler and Salvatore Macchia.

Mr. Hite’s extensive discography now contains over 40 recordings spanning a wide spectrum of musical idioms. He may be heard in The Complete Songs of Virgil Thomson for voice and piano on New World Records, Messiah with Chicago’s Apollo Chorus on the Clarion label, Acis and Galatea on NCA and The Construction of Boston by Scott Wheeler on Naxos. On the Koch label he may be heard in the St. John Passion with Emmanuel Music. He has also recorded the Mozart Requiem with Andrew Parrott for Denon and Handel’s The Triumph of Time and Truth on the Centaur label. William Hite has sung in music festivals at Tanglewood, Santa Fe, Monadnock, Token Creek, Banff and Vancouver as well as the Vermont Mozart Festival. In Europe he has performed at the Athens Festival, Festival Mitte Europa, Academie Musicale in Sainte, the Holland Early Music Festival and the festival at Aix-en-Provence. He is an Associate Professor of Voice and coordinator of the voice area at the University of Massachusetts, Amherst. 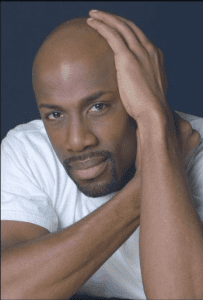 American Bass-Baritone Darren K. Stokes is an artist of exceptional vocal ability. He possesses a voice of extraordinary richness with a broad vocal range, and he sings with a singular ease. Mr. Stokes has been in very high demand adding more than 50 roles to his repertoire since embarking on a singing career in 2002 and has had the pleasure of performing with prominent companies throughout the US. He has sung with the Lyric Opera of Chicago, Grant Park Music Festival, Nashville Symphony Orchestra, Cincinnati May Festival, Boston Lyric Opera, Chicago Opera Theater, Washington National Opera, Opera Theater of St. Louis, San Francisco Opera, the Ravinia Festival, Opera Memphis, San Antonio Opera, Indianapolis Opera, Glimmerglass Opera, San Francisco Opera, Opera Saratoga (Lake George Opera), Eugene Opera, and he made mainstage debuts with The Dallas Opera, Seattle Opera and the Cleveland Orchestra both in Cleveland and NYC at Carnegie Hall in recent seasons

On the operatic mainstage, Mr. Stokes has performed Figaro (Le Nozze di Figaro), Calkas (Troilus and Cressida), Ferrando (Il Trovatore), General Groves (Dr. Atomic), Mèphistophélès ( Faust), Escamillo (Carmen and Le Tragedie de Carmen), Jake & Crown (Porgy and Bess), and Neptune (The Return of Ulysses), among many others. Important additions by way of principal role covers include Queequeg in the World Premiere of Jake Heggie’s Moby Dick for Dallas Opera and Crown (Porgy and Bess) for Seattle Opera. On the concert stage, he has performed the Messiah, Rachmaninoff Bells, Mozart’s Requiem and Salieri in Rimsky-Korsakov’s Mozart and Salieri with Buffalo Philharmonic.

A highlight in Mr. Stokes’s 2nd season at the Ryan Opera Center was his Lyric Opera main stage debut in the lead role of General Groves which he performed as replacement for an indisposed principal. Highlights in his first season with the company included Iphigénie en Tauride, Dialogues des Carmélites, and Salome with covers of Ferrando (Il Trovatore), the Duke of Verona (Roméo et Juliette), Mandarin (Turandot), and the Marquis (Dialogues des Carmélites). In addition to the replacement performance of General Groves, 2007-2008 season roles include Basilio (Il Barbiere di Siviglia) on the main stage for a Student Matinee, with Zaretsky (Eugene Onegin)and Curio (Giulio Cesare) which he performs in all main stage performances. Cover assignments for the Lyric include Grenvil (La Traviata), Colline (La Bohème) which he previously performed for Sarasota Opera, and Achilla (Giulio Cesare).

Mr. Stokes trained with distinguished young artists’ programs in addition to the Ryan Opera Center including Glimmerglass Opera and Sarasota Opera - where he was awarded the 2005 Leo M. Rogers Scholarship for Outstanding Apprentice. He has also toured with Rick Benjamin’s Paragon Ragtime Orchestra – the world’s only year-round, professional organization performing ragtime-era music – and toured in New York State with various gospel groups. Mr. Stokes is an award recipient from the prestigious William Matheus Sullivan Musical Foundation.